We look forward to being a valued resource and trusted partner on your company’s journey towards digital transformation.  Please connect with us to stay notified when we release new information and services. 50 million dead. This is the unsettling death toll attributed to the 1918 Spanish flu pandemic. This unfathomable number accounted for a fifth of the world’s population nearly a century ago at the height of its havoc. It is approximately 3 times greater than the deaths attributed to World War I.

The virus that caused this devastation was part of the H1N1 family was also responsible for the 2009 “swine flu” pandemic.

It is important that we understand the factors that enable viruses to proliferate. The severity of the Spanish flu is a result of the circumstances of the time:

The word “pandemic” elicits panic by drawing upon our collective memory and conjuring up the notion of a fifth of our global population perishing. However, it is unlikely with the benefits that come from modernity (contrasting the bulleted points) that we will ever experience anything remotely at the level of 1918.

While transportation has advanced remarkably in a hundred years moving us around ever faster, it still lags far behind the advances in communication that allow us to learn about events around the world instantly and take necessary precautions.

We now have mechanisms in place via government agencies to isolate the carriers of disease and effectively quarantine subpopulations before the virus can infect the vast majority.

Medical technology has allowed for better treatment to inhibit or eliminate the effects of coinfections and other complications that arise from the primary infection which increases the case fatality rate (CFR).

We are much better, as a whole, at washing our hands and using disinfectants. Liquid soap and hand sanitizer are ubiquitous in every bathroom. Sanitation is better with more bathrooms being available. This phenomenon will permeate throughout third world countries going into the future.

Even though the numbers of infected people and subsequent deaths should be substantially reduced in all future pandemics the impact can still be significant in a global economy.

The discovery of the coronavirus happened in the ’60s and its the virus behind the SARS outbreak in 2003 and the MERS outbreak in 2012. While the fatality rates of these outbreaks were 10% and 34.5%, respectively, their reach was under 10,000 people and limited geographically.

What do we know about this latest pandemic other than it is not caused by drinking too many Coronas? We know that the megacity, Wuhan, in China sounded the alarm on December 31, 2019. An outbreak was spreading through the city of 11 million people.

COVID-19 has been identified as a new Betacoronavirus strain which has escalated to the level of pandemic status with the official count of 94,250 confirmed cases along with 3,214 deaths.

99% of these cases and deaths are within China based on the official numbers.

WHAT WE DON'T KNOW

The undeniable truth is that China censors information leaving and entering the country. This means the official number has a good probability of being wrong.

This correlates to about 1,000 deaths per day in the city of Wuhan. While this is much higher than the official number it conforms with the mathematical predictions published in The Lancet:

The higher incidents of infection conforms with the study –  Nowcasting and forecasting the potential domestic and international spread of the 2019-nCoV outbreak originating in Wuhan, China: a modelling study Lancet 2020; 395: 689–97

The type of demand this higher death toll places on the city’s infrastructure is supported by the stories of incinerators operating around the clock burning bodies and releasing noxious fumes into the atmosphere.

There are videos that have distributed on social media of residents being barricaded in their homes by government officials. These videos show workers using blowtorches to weld metal gates in front of the doors of apartments.

It has been rumored that dead bodies are being exported out of Wuhan because of the crematoriums being overburdened.  While this has not been confirmed it is not hard to accept that the extent of human casualty is much worse than what has been reported.

WHAT WE DO KNOW

The result of COVID-19 on Wuhan has been transformative. The city of 11 million people is now a ghost town with most people self-quarantining themselves. Even by official numbers thousands of lives have been lost over the past several months including medical directors at the front line.

This has resulted in many companies within the city to stop operations are run them on skeleton crews. Body bags are piling up in mortuaries and the hallways of hospitals.

Hospitals are overburdened with incoming cases of infected people which has led to the creation of makeshift hospitals in auditoriums. This still does not alleviate the demand on the medical staff attempting to triage the situation.

THE EFFECTS ON THE LIFE SCIENCES

This pandemic has wreaked havoc mainly on Wuhan and has helped identify this city as a major contributor to the life sciences.

It turns out that this city is a manufacturing center for many products in the life sciences, including antibodies, proteins, buffers, dyes, and many other essential tools necessary for conducting research.

All clinical trials have halted and delayed the launch of new studies due to the strain on the hospitals supporting the trials. Not only are patients not receiving treatment, but trials could be slowed due to patient recruiting obstacles. Some patients are not allowed to travel from their cities to qualified hospitals for required screening procedures.

There are nearly 500 studies with a site in the city of Wuhan and about 20% of global trials are now conducted in China which has doubled in 5 years. Deals and joint ventures between international companies and China-based biotechs surged to at least $10 billion in 2019, from about $3.2 billion in 2015, according to a Reuters analysis of GlobalData information. A significant amount of capital is frozen due to the outbreak because companies are unable to complete important milestones that trigger additional funding. This pandemic will certainly curtail the booming growth this year, at least.

Not only is progress in the life sciences being hampered, but the vital ingredients in a majority of medicines are sourced from China and now unavailable to drug manufacturers. China is recognized as the world’s biggest supplier of the raw materials—known as active pharmaceutical ingredients (API) — that form the basis of medicines even though the FDA says it has no way to track API volume out of China.

The FDA has released a warning of shortages as COVID-19 disrupts the pharmaceutical industry’s global supply chain. The agency cited confidential commercial information in not revealing the name of the drug, but critics say releasing details is vital in a public health crisis.

Trying to shed light on the medicines-supply chain is Mike Osterholm, director of the Center for Infectious Disease Research and Policy at the University of Minnesota. He is leading an effort to map out the supply chains for around 150 of the most important medicines and medical devices in the U.S., by piecing together information from shipping records, company disclosures, and FDA data. Although the project started around 18 months ago, he said the coronavirus outbreak has put it “on steroids.”

At a particular risk of running short is the U.S. supply of antibiotics such as amoxicillin, doxycycline, penicillin and other key drugs, with experts noting that 90% of their core components are sourced in China.

The FDA has a list of 150 prescription drugs facing shortage risks, Axios reported earlier in February, citing sources familiar with such a list.

Many suppliers and manufacturers in the life sciences are experiencing higher than normal levels of backorders.  Projects are slowing down or being put on hold. Scientists are scrambling to secure supplies to further their research. This will continue to be exacerbated if the lockdowns and quarantines have not been removed by the end of March.

There are more facilities that are on lockdown resulting in fewer collaborations and prohibiting travel for visiting scholars. Vital data needed for grants and publications are not being produced. Funding and capital are not being allocated to life science companies, labs, and employees which will hinder recovery even after the pandemic subsides.

The scarcity of products has also resulted in price increases as high as 50% which amplifies the impact of a tight funding scenario. Only those who are most resourceful and have the greatest support networks will be able to advance their research with minimal setback.

Science will continue, but with serious delays in 2020.

There are many things that we can do as individuals to limit the spread of disease, like washing our hands frequently and wearing masks. But what I want to touch upon is what we should do as companies or institutions.

As a company supplying necessary reagents to scientists, it should be considered a responsibility to communicate how COVID-19 has affected your supply chain or ability to meet the demand of your customers. Drugmakers are required to report any expected supply disruptions to the FDA. We should all be operating at this standard of open communication.

Even if you have no backorders as a result of the quarantines in Wuhan and around the world this should still be communicated with your customers, contacts, and leads.  This might be an advantage that helps drive business to your company while your competition is unable to fulfill orders.

If you look at all the websites from the conferences in the life sciences then you will see a statement on their homepage stating that they are closely monitoring COVID-19 and its impact on the safety of attendees.

The frequency of outbreaks will continue to occur at a regular cadence in several year intervals as human encroachment into jungles and exotic animal markets proliferate, exposing us to novel strains of viruses.  These are the pockets on the planet where viral evolution occurs outside of our herd immunity.

This means that there will always need a marketing plan to deal with catastrophic events even if you believe your company is insulated to such events.  Even though the forecasting predicts that COVID-19 will peak in April and subside by the first half of 2020 it is still a good practice to notify customers how this is impacting your business and them, in turn.

If you don’t have a marketing team that can communicate to your customers and contacts then you should reach out to the digital marketing agency, like Unit Scientific, to create effective messaging to make the people that rely on your products and services feel important.

What we would do is create messages from the perspective of your customer. How is all of this going to impact their supply and continuity of their projects?

We would work with you to identify high-risk products contrasted with stable and secure products to proactively let your customers understand the risk factors involved. 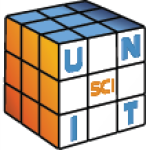 Loving the combination of software and biology that digital marketing in the life sciences provides. Using these skills to help other deep tech companies promote their products and services online.